Why we need a mining congress 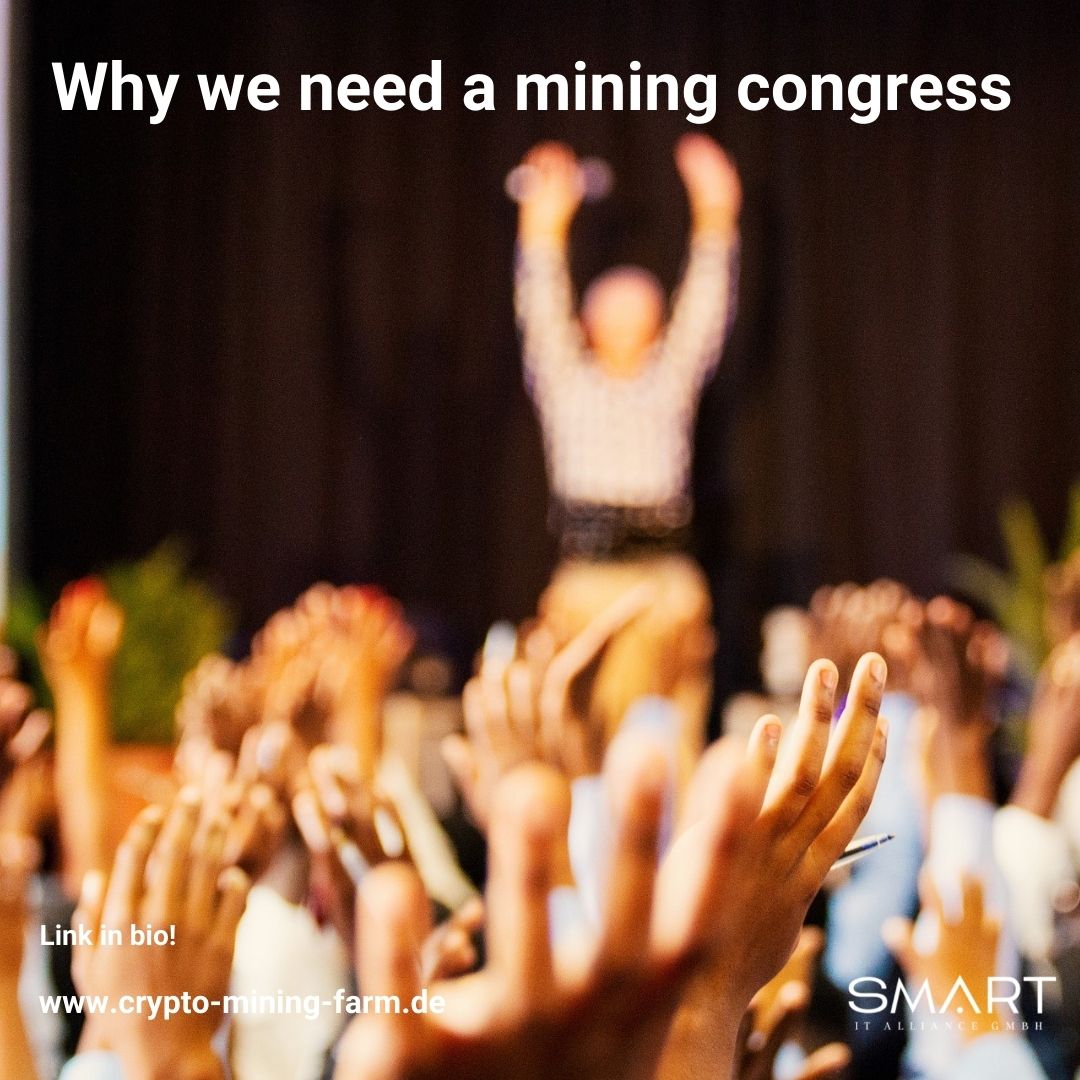 Congresses and trade fairs on various topics are held all over the world, but until now #cryptocurrencies have been neglected. The last, themed #congress in the field of #cryptos took place in spring this year as part of the #Bitcoin #Conference #2022 in #Miami. So far, however, there has been no trade fair or congress specifically for the topic of #cryptomining, despite the global activities in this area.
In this article you will find out why a #mining congress would be a great idea and what opportunities it would offer.
Just imagine producers of #hardware and end users of these (those who do #mining) as well as big names from the investment scene meet at an impressive location to exhibit devices, talk shop about the latest trends and present successfully running projects.
For example, it is conceivable that founders of #cryptominingfarms could receive attention and thereby attract investors who share the costs of the setup and in return receive a small share of the profits.
It would also be possible to inspect devices directly on site and to get your own impression of the carrying capacity of the noise level, which is generated by the special computer during operation. In this context, a representation of #Bitmain with the #Antminer series or #Ebang with the #Ebit #Miners would be conceivable. Certainly there would be some visitors who would not be averse to the topic of mining, but who would have to convince themselves of everything live in order to discover their enthusiasm for it. There would also be the opportunity to exchange for people who are already active in mining - mostly crypto mining is something that everyone does for themselves and rather quietly, unless he or she is affiliated with a mining pool. In normal everyday life there are hardly any like-minded people with whom you can compare results and exchange ideas, questions or fun facts, since Bitcoin Mining & Co. is still pushed into the corner of technology freaks or criticized for high power consumption.
The keyword power consumption is also a good approach: in the course of a mining congress, producers of alternative energies would be given the opportunity to use the latter as a platform to win smaller or larger new customers. Perhaps it would even be conceivable that the founders of the individual cryptocurrencies would be represented on site to win followers for mining their coins. It would certainly not bother anyone that no representative of Bitcoin was present because they still want to remain anonymous, just like the blockchain processes of their ingenious invention.
Ultimately, all you would need is a hip and interesting location where the congress could take place once a year. Places like Dubai, Frankfurt or Los Angeles would be conceivable, or more exotic places like Hawaii, Panama City or #ElSalvador, with #NayibBukele as patron. He could report on the progress of his planned bitcoin mining project on the Conchagua volcano and whether the geothermal energy can really be used to supply electricity for the operation of the mining farm. In short: It would be a great opportunity for all actors involved to get a platform for exchange and to be able to create new synergies around the topic of crypto mining together!