When does Bitcoin mining expire? 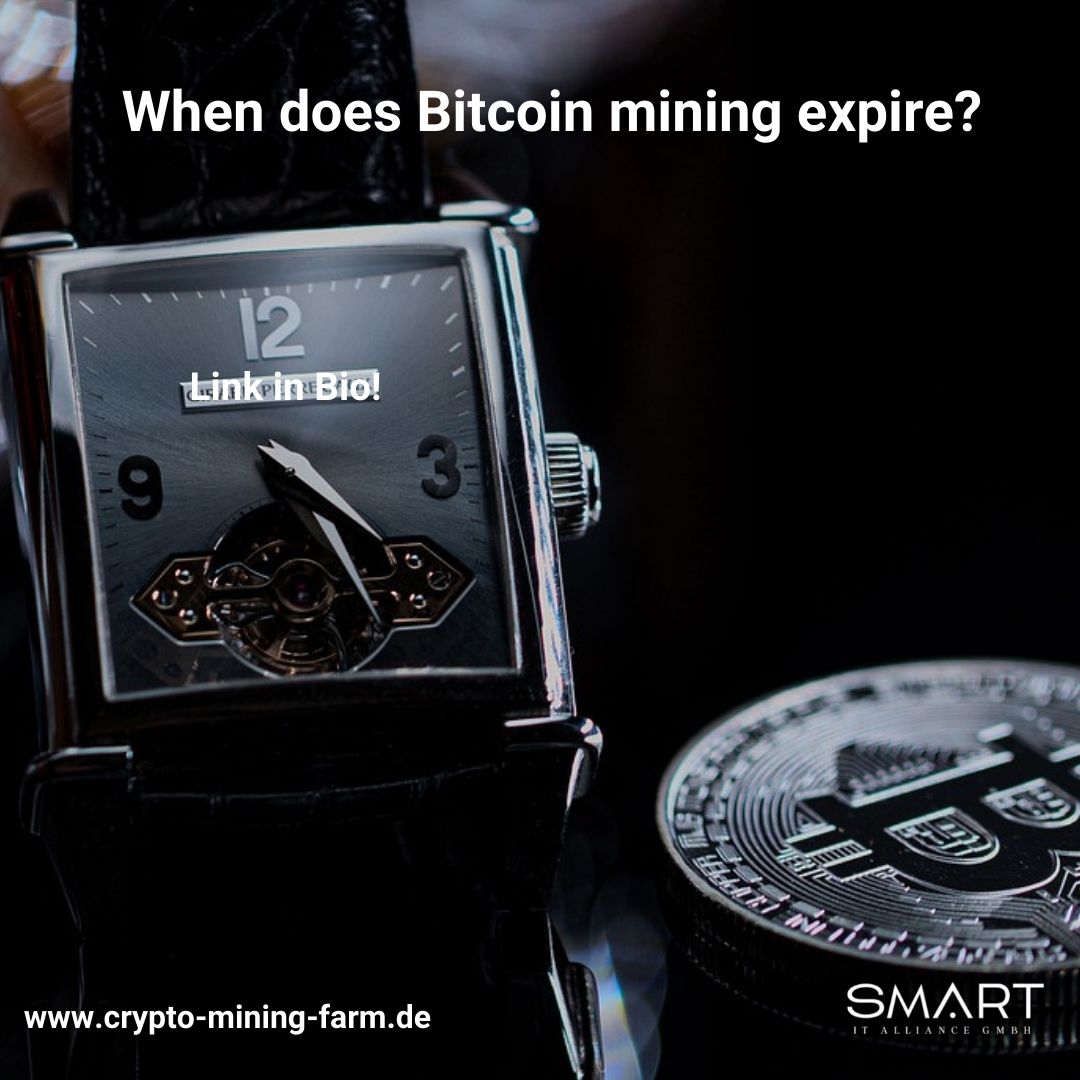 A crucial feature of #Bitcoin (#BTC) is the limitation of the circulation amount of the coin. Bitcoin is also known as digital gold and was developed by #SatoshiNakamoto, although it is still not clear who exactly is behind it. With the limitation of the issue amount, the physical gold is imitated, so to speak, and thus owned and traded rather than used for payment. The artificial shortage also makes sense, because Bitcoin protects itself from inflation. With #fiatcurrencies, the central banks can simply reprint currencies such as the euro or dollar in times of crisis, i.e. create money out of nothing in an almost unlimited manner.

How many Bitcoin can be mined?

The upper limit of Bitcoin that can be generated is #21million. The circulation volume is currently around 19 million and thus over 90 percent of the planned Bitcoin is on the market.
Put simply, miners use special hardware to solve complex arithmetic tasks in order to mine Bitcoin. If this succeeds, the miner is given the opportunity to add blocks to the BTC blockchain and receives a reward in the form of Bitcoin.
On average, the Bitcoin network finds a new block every ten minutes. So new bitcoins are created every ten minutes, although these ten minutes represent a constant as it was set by Satoshi Nakamoto.

Even if the amount is limited to 21 million Bitcoin, it is unlikely that so many BTC will actually circulate. Because Bitcoin owners can lose their access data to the wallet or die without having shared the private keys with anyone.
In a 2020 study, Chainalysis estimated that 20 percent of all bitcoins could already be lost.

How long can minting continue?

But if you think that #Bitcoinmining will soon be over, you are wrong. Rather the opposite is the case, because according to calculations it will take almost 120 years until the last Bitcoin is mined, more precisely in the year 2140.
On the one hand, this is due to the fact that, due to the Bitcoin blockchain protocol, it becomes increasingly complex to mine the cryptocurrency the more miners join the network.
On the other hand, another characteristic function of the Bitcoin plays a major role here, that so-called halving. Every four years, the reward that miners receive is halved. While miners initially received 50 BTC for finding a new block, the current reward is 6.25 BTC. The next Bitcoin #Halving is predicted for May 2024.

What happens when 21 million Bitcoin is reached?

Exactly what happens to Bitcoin in 2140 also depends in part on how BTC evolves as a cryptocurrency. In any case, the current situation for Bitcoin miners will change.
Once 21 million bitcoin has been mined, miners will no longer be able to receive their rewards in the form of bitcoin blocks. But since transactions still have to be validated on the blockchain, miners could still receive rewards from the transaction fees. Satoshi Nakamoto already provided this in the Bitcoin whitepaper: "Once a certain number of coins are in circulation, the incentives can be found entirely in transaction fees and completely inflation-free."

However, since more than 100 years will pass before the limit is reached, a lot can still happen in connection with cryptocurrencies.

“Become a Crypto Mining Tycoon with High Returns and No Employees!”