News of the week! Why Dogecoin mining is really worthwhile now 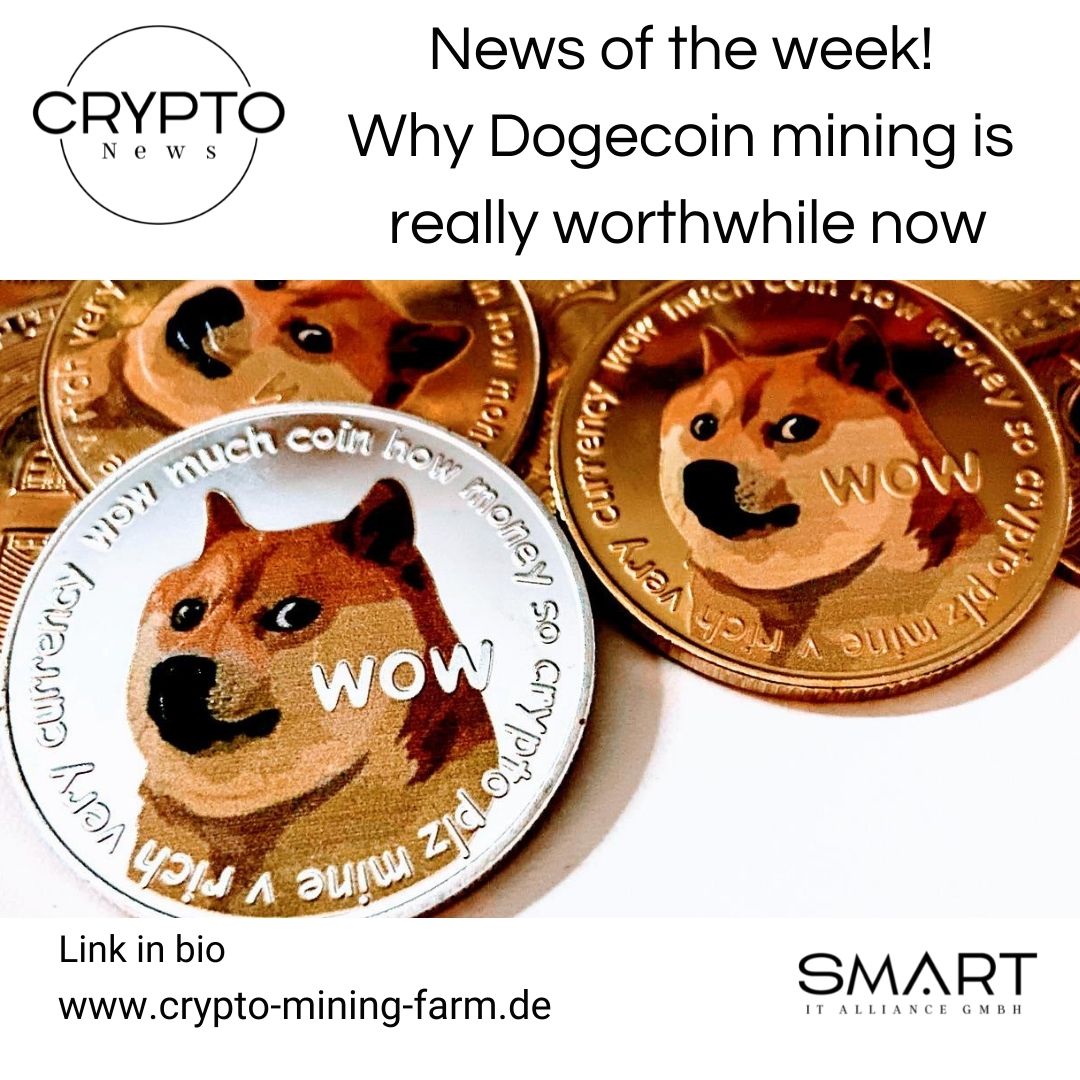 The cryptocurrency Dogecoin is one of the Altcoins and has often been smiled at in the past because it did not seem to have a real use case. Basically, it's a dog meme token and a Litecoin-derived peer-to-peer cryptocurrency originally created as a fun crypto and a parody of Bitcoin. In this article you will find out why mining this coin is really worthwhile and how you can benefit from it.

Dogecoin and the (successful) richest man in the world

The founders of #Dogecoin did not initially expect that their project would develop into the sixth largest #cryptocurrency. Originally, the coin with the dog's head as a logo was only intended as a fun cryptocurrency, but its price rose rapidly - not least because its most prominent fan, #Tesla founder and #SpaceX boss #ElonMusk, repeatedly commented on #Twitter about it and with it fueled the course.
Now it is again Elon Musk, who should ensure a much broader acceptance of the coin in the future. A few days ago he announced that both Tesla and SpaceX now accept Dogecoin as payment from their buyers when purchasing merchandise products from both companies. After its announcement via Twitter, the cryptocurrency recorded a 5.3 percent increase in value on a daily basis. The value is currently around $0.086.
In addition, Dogecoin could experience a further boost if the Twitter takeover succeeds and Elon Musk also offers Dogecoin as a means of payment here.
The richest man in the world appears to be a true fan, with his love for the coin going so far that he has dubbed the cryptocurrency a “people's crypto” and vowed on Twitter to actually launch a physical Dogecoin to the moon.

The most valuable joke of the crypto scene

The fact is: Due to the latest development, it can be expected that the Dogecoin course will continue to increase in value over the next few years.
Dogecoin mining will therefore pay off more and more and offer good and stable returns. In contrast to #Litecoin, it takes about a minute to create a new blog when mining. Just like Litecoin, Dogecoin uses the proof-of-work algorithm.
Anyone who wants to participate in the success of the popular coin can do so in the form of crypto mining. The Bitmain Antminer L7, for example, which we also offer in our mining shop, is suitable for this. Buying Asicminers is definitely something to consider as they are more profitable than a GPU. While Doge's mining used to be largely unprofitable for long periods of time due to the low value, nowadays the project has become the world's most valuable hoax.
Once installed in place, you can start mining and watch your Doge stacks grow. Good mining software programs will preview how much you will make per hour. Alternatively, miners can join a mining pool or sign up for cloud mining services.
Since Elon Musk has his fingers in the pie, it makes sense to cash out the coins whenever Dogecoin gains significant value as a result of Twitter hype.