Despite the MiningBan: China surprises with high mining activity 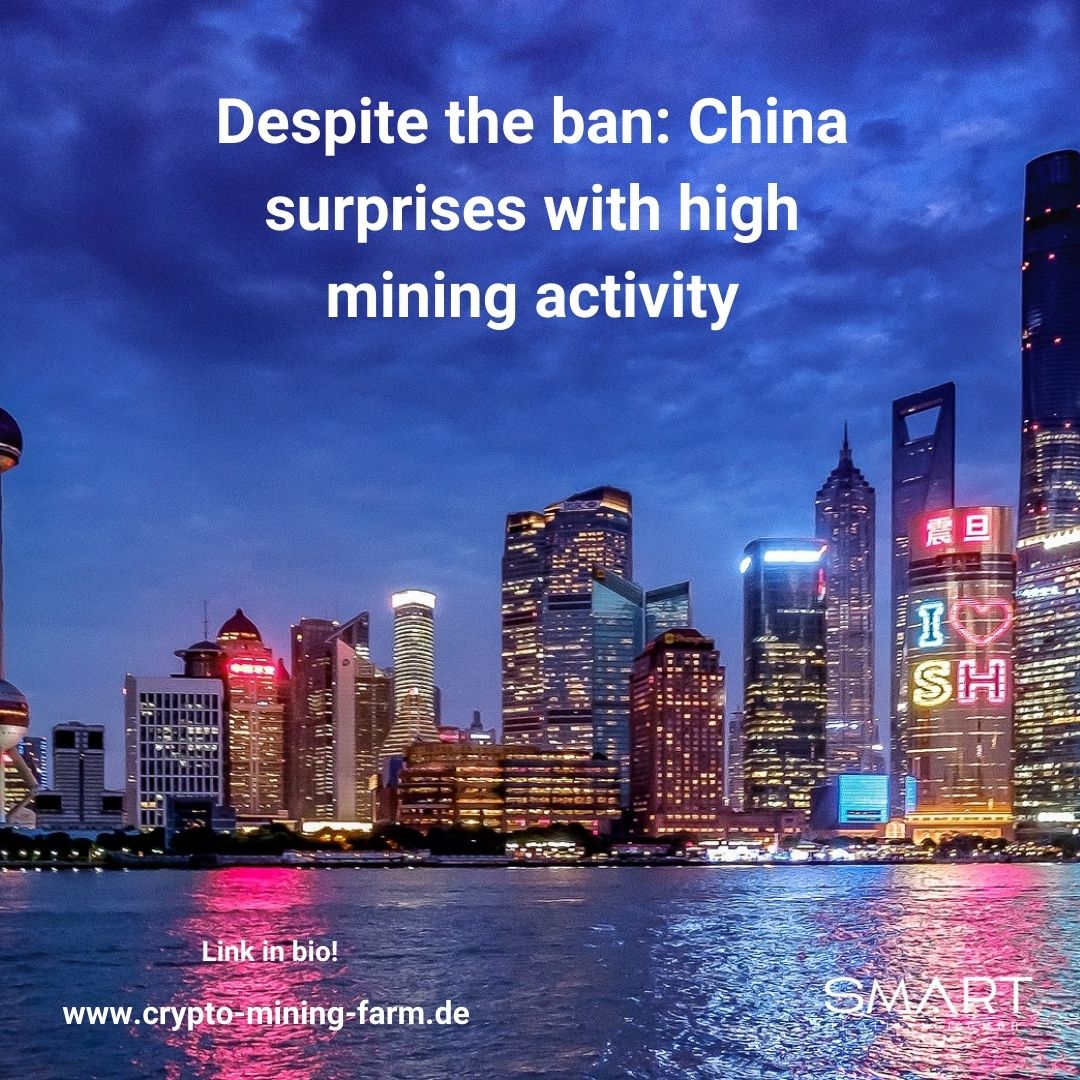 While #Bitcoin #Mining is enjoying brisk activity all over the world, the People's Republic of China has recently moved to ban mining activities by law. However, the latest figures from the #MiningMap of the University of #Cambridge now show that China still has a large share in #BitcoinMining. You can find out how this is possible in this blog article.

The Middle Kingdom is known for its radical politics, which likes to disregard the needs of its own citizens and ban things overnight. Bitcoin mining was also affected by dictatorial measures not too long ago, which the ruling party was supposed to completely stop and was forbidden by law - the #MiningBann. With this declaration of illegality, the Chinese rulers most likely wanted to prevent individual citizens from being able to enrich themselves without their help. In fact, Bitcoin mining was popular in China and operated in many parts of the country.
After the measure was decided, countries like #Kazakhstan and #Russia, but also the #USA, benefited from the #MiningExodus. This effect was clearly visible on the University of Cambridge's Mining Map, a project to visualize the percentage of computing power in the Bitcoin network worldwide.

However, the latest data from the same map now shows just as clearly that a considerable part of the computing power (21% of the total hash rate) is still provided by China. The reason for this could be that Chinese #crypto #miners are not willing to just let the butter be taken from their bread and are now starting to get creative when it comes to continuing and disguising their mining activities. Presumably, among other things, the fact that hydroelectric power plants also have to be connected to data networks is used to cover up the mining activities. Home mining is also still a big trend and restrictive #corona #lockdowns by the government, such as currently in #Shanghai, favor the irrepressible will of the miners, true to the motto "now more than ever", in the quiet little room.
Presumably, politicians are currently busy regulating other things in the country than pursuing illegal mining activities, where there are smarter heads at the other end of the computer anyway.
True Bitcoin followers are not easily dissuaded from such an interesting undertaking as mining the coin and would like to continue to do their part in the future.
Ultimately, this incident from Southeast Asia is another proof of the unstoppable nature of cryptocurrencies and their entire development. By the way, if you want to operate bitcoin mining a little less cumbersome and less in secret, you will find the right products with us.