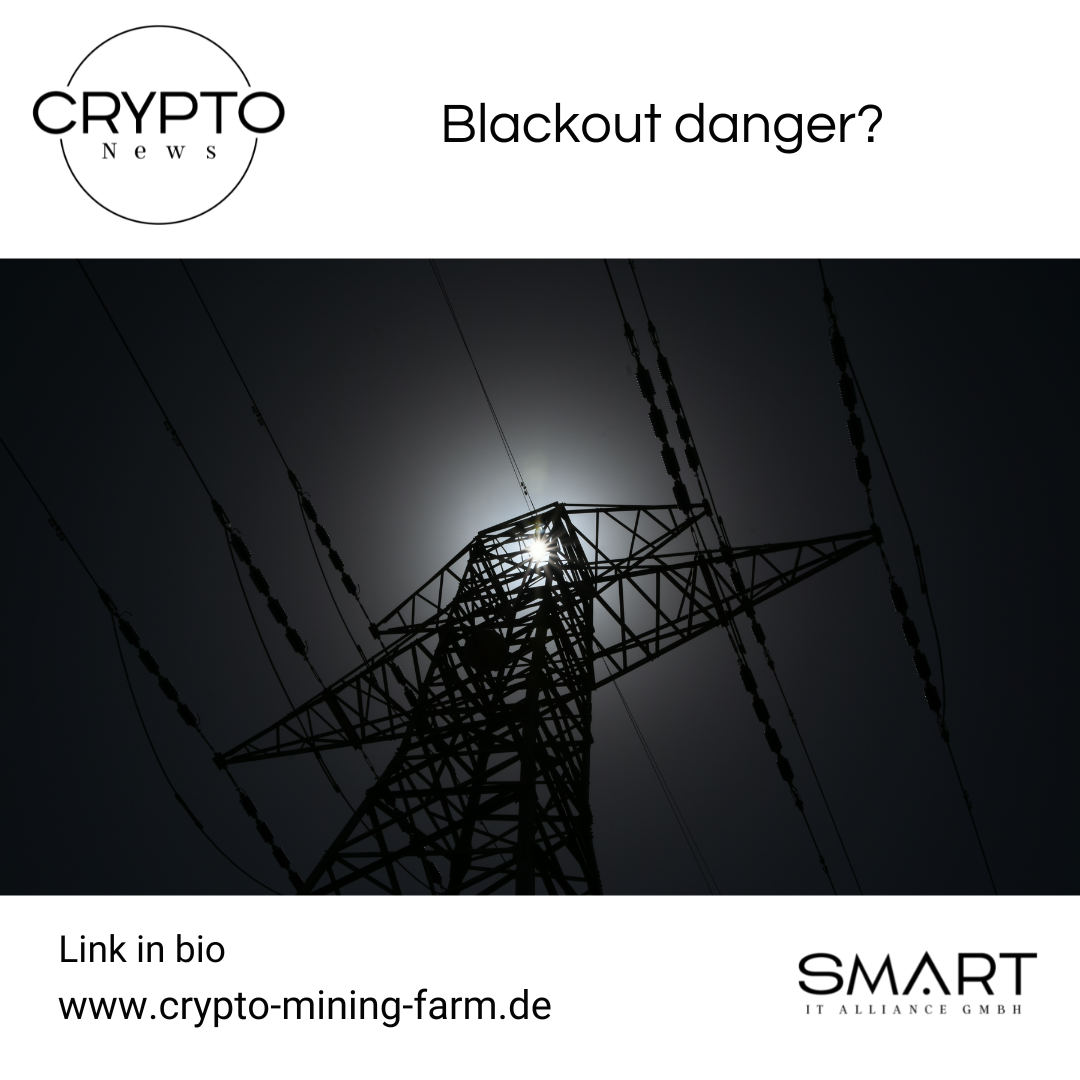 If you listen to the news more closely lately, there is always talk of a possible #blackout – the risk of a large-scale #power #failure that could result, for example, from severe weather or sabotage (hacker #attacks). The horror scenarios that are painted are not a pleasant idea. If the power went off, the #crypto industry and especially #cryptomining would face a real #challenge. You can find out exactly what this is all about in the following lines.

When the power goes out

In recent months, a single term has been haunting the media landscape, but it sounds more like a possible Hollywood screenplay than it feels like a real threat. Blackout has almost become a buzzword, used to represent any catastrophic scenario in which there is #no #electricity. Citizens in this country only know of a real power failure from small earthquakes or drilled lines, where the #power failure is limited to a few hours and local extent. You can bridge the time with candles and flashlights until the electricity flows normally again.
A real blackout, on the other hand, would mean that not only entire regions, but also entire countries would be without electricity and could not be found again the next day. There is often talk of 10 to 14 days, even the Federal Office for Disaster Control warns all citizens and urges them to prepare accordingly for the longer period. Conspiracy lovers use this occasion to knit much more drastic scenarios and predict a long period of darkness. The question is: will there really be such extreme storms in the future that electricity can fail over a large area? And wouldn’t modern industrialized countries be able to remedy the problem situation quickly?

Significance for the crypto industry

For crypto mining, a power outage would only be a real problem if it were truly global. Then #mining devices would come to a standstill and could no longer work. However, this scenario is only realistic if there is no alternative power supply (e.g. in the form of emergency generators) and solar energy or geothermal energy, which also generate electricity, can no longer be used. Large mining farm operators are prepared for such a case anyway, since their premises are usually equipped with an emergency power supply. Also, only those people would be affected who actually only get their electricity from the grid operator and in the classic way. This is already not the case everywhere, as green energy is on the rise and is also becoming increasingly popular in crypto mining.

In addition, the probability of a global power failure is simply low and therefore not a real threat to #cryptocurrency mining, especially not in the long term. However, the thought of it can be a nice motivator to use more alternative energies in crypto mining.

“Become a Crypto Mining Tycoon with High Returns and No Employees!”