Ethereum 2.0 is scheduled to go live in August 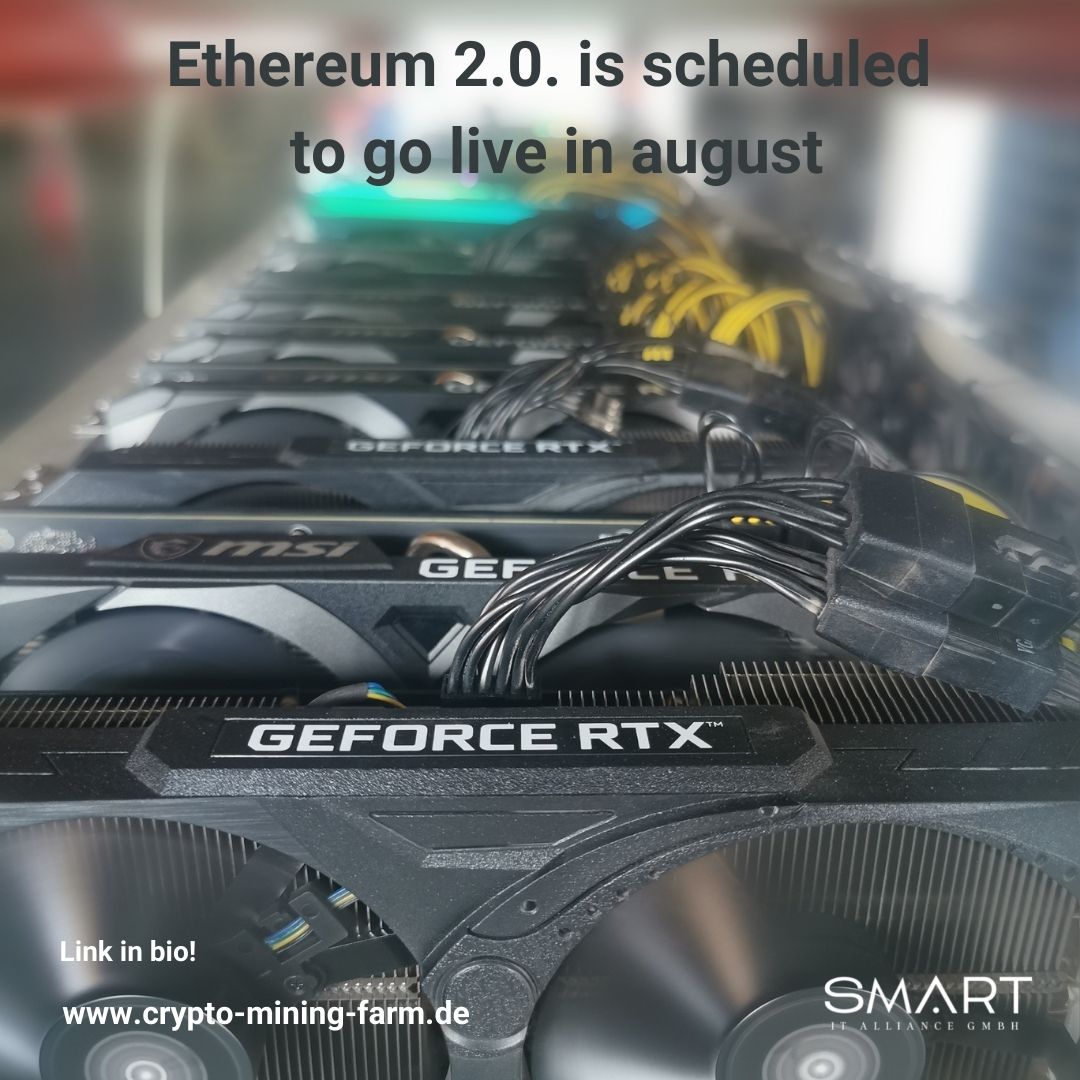 The #Ethereum community has been waiting for the switch from Ethereum (#ETH) to Ethereum 2.0 for years, because the developers are promising a lot. After the switch, #eth2 should not only be more environmentally friendly, but also more #scalable. The processes should experience an enormous #acceleration, from the current 30 #transactions per second to up to 100,000.
The technical improvements are also intended to increase the attractiveness of Ethereum, which aims to outperform the best-known cryptocurrency, namely #Bitcoin (#BTC).
The so-called “#EthereumMerge” is intended to mark the transition from Ethereum to Ethereum 2.0.
So far, however, technical problems have repeatedly caused delays. As we have already reported elsewhere, Ethereum 2.0 was last supposed to go live in June, but the update was postponed to an unknown date a few months ago.
As Ethereum Core developer Preston Van Leon reported at the Permissionless conference on May 19, 2022, “The Merge” is almost complete and the teams are currently only testing. According to his forecast, The Merge could take place as early as August.
ETH inventor Vitalik #Buterin also confirms this. He said the following at the ETH Shanghai Web 3.0 Developer Summit on May 20, 2022: “We have been working on Proof-of-Stake for about 7 years now. But finally all that work is coming to fruition. If everything goes well, the merge will probably take place in the summer.”

What is Ethereum 2.0 and what will change with it?

So far, just like Bitcoin, transactions have been validated using the Proof-of-Work (PoW) method. For this purpose, miners provide computing power to check transactions for authenticity and enter them in encrypted form in the blockchain. With the update, Ethereum is switching to the Proof-of-Stake (PoS) method. In this consensus method, on the other hand, a deposit secures the transaction, which could be compared to fixed deposit interest on savings deposits.
This in turn means that Ethereum will say goodbye to mining with its update.
As early as December 2020, Ethereum introduced the proof-of-stake algorithm to their network with the beacon chain. About 10 percent of the existing ETH is firmly invested in this testnet for staking. The beacon chain and the Ethereum blockchain are currently still running separately, but this is set to change in August.

The biggest test so far for the forthcoming merger is to be carried out on June 8th. In this test run, which is also referred to as a "test milestone" at Ethereum, the Proof-of-Work test network is combined with a new Proof-of-Stake test network. So it should be simulated what really happens when the beacon chain merges with the mainnet. The number of participants for this is significantly larger than in the previous tests.

Will the transformation really take place in August?

As Van Loom announced, the Ethereum team is trying to carry out “The Merge” before the so-called difficulty bomb in August, which would affect the network as planned. The Difficulty Bomb is a program built into the Ethereum blockchain that intentionally slows down the network.
Introduced in 2016, the Difficulty Bomb exponentially increases the difficulty of mining Ethereum. This was developed to promote the switch to the proof-of-stake process, as it is more difficult for miners to stay on the proof-of-work chain after the merge.
According to Tim Beiko, an Ethereum developer, developers must act quickly to avoid difficulties, otherwise an additional update will have to be introduced to delay the so-called difficulty bomb.
It remains to be seen whether The Merge will actually take place in August, not least because of the previous delays.