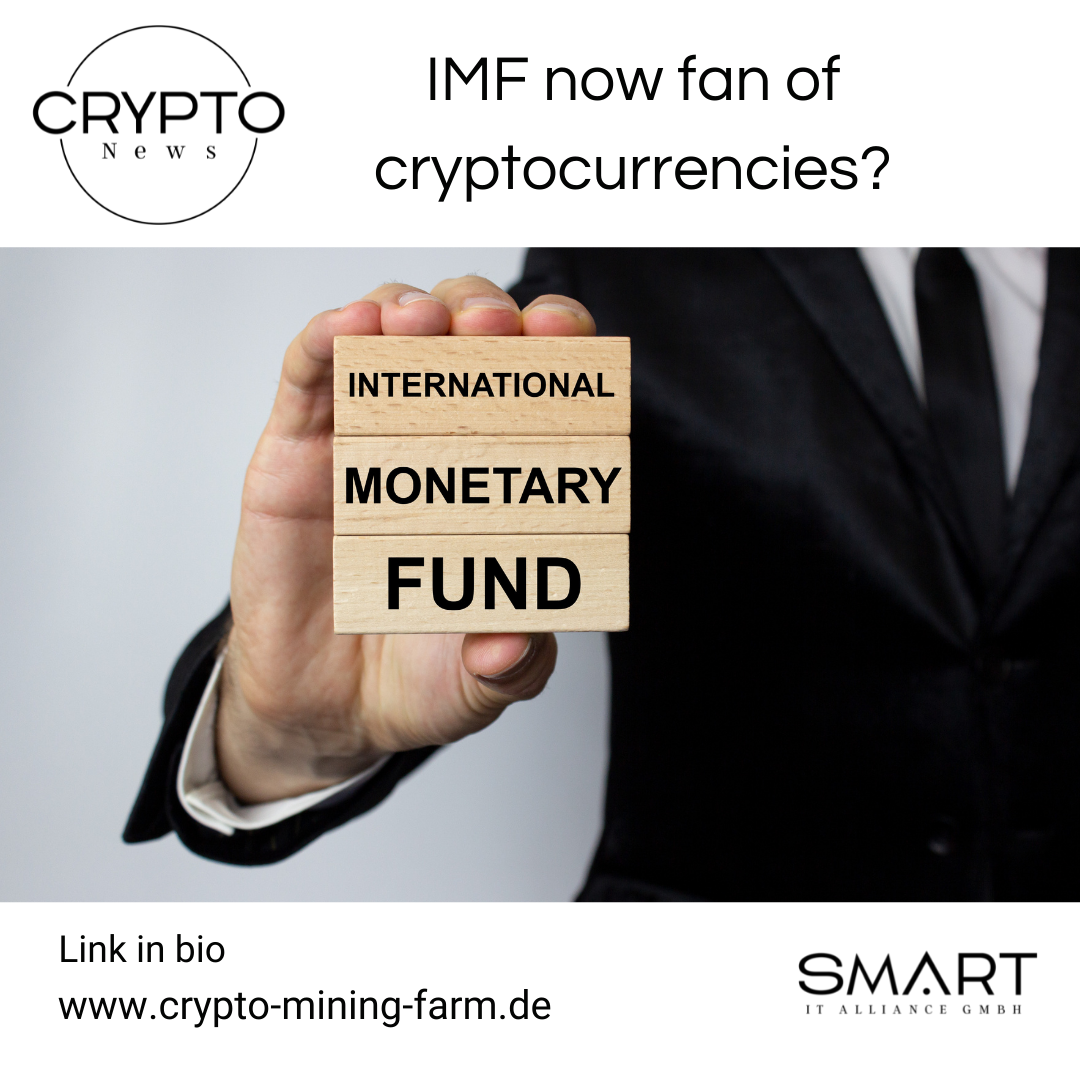 When it came to #cryptocurrencies, the #International #Monetary #Fund (#IMF) has been a staunch opponent in the past. #ElSalvador was prompted to turn back when the state declared #Bitcoin #official #tender, and #Argentina was also put on a financial footing on its planned state adoption of the cryptocurrency. Now the IMF has published a report in which cryptocurrencies are mentioned positively for the first time. Will the most influential organization in finance become a fan of cryptocurrencies after all? You can find out what this is all about in this article.

The International Monetary Fund has so far been at war with cryptocurrencies. Both President Christin Lagarde and the entire organization have not left a good hair on the invention of cryptos since their existence with the advent of Bitcoin in 2008. The IMF has repeatedly made statements and statements that denied the value of cryptocurrencies and them even attested financial risk. However, a new publication by the IMF made crypto enthusiasts sit up and take notice: The report states that cryptocurrencies could significantly reduce energy consumption compared to classic payment systems, which is why it is to be endorsed.

At the same time, #CBDCs (Central Bank Digital Currency) are also mentioned, which could also consume less energy than existing payment systems. Therefore, the IMF considers the use of CBCDs or cryptocurrencies by central banks to be the next logical step for the financial world to shine with a good energy balance in the market. At the same time, however, the IMF calls for moving away from the proof-of-work system and instead promoting a centralized system such as proof-of-authority, because this is where energy consumption can be reduced the most. Against this background, replacing the proof-of-work procedure is described as a first green step for the crypto world.

The report also mentions the power demand of credit and debit cards, which is higher than is commonly assumed. Real crypto fans will have immediately noticed that the IMF does not fully declare itself a fan of crypto currencies with its latest report, but wants to push the decentralization of the underlying systems into the background.

Empowering central banks and CBCDs is contrary to what cryptocurrencies are striving for: a decentralized payments system with no third-party involvement or access rights. In addition, Bitcoin does not come off well, since the energy consumption is considered to be far too high to be suitable for everyday use. This assumption is extended to all PoW blockchains in the report.

A glimmer of hope

However, it is interesting that for the first time the IMF mentions cryptocurrencies positively to a certain extent and is actually considering their use in the future. This is a novelty in the history of cryptos – nobody knows where the opinions of the IMF will develop in the future and to what extent cryptocurrencies could then play a full and supporting role. It remains exciting and we will have to wait and see what else is happening on the market!