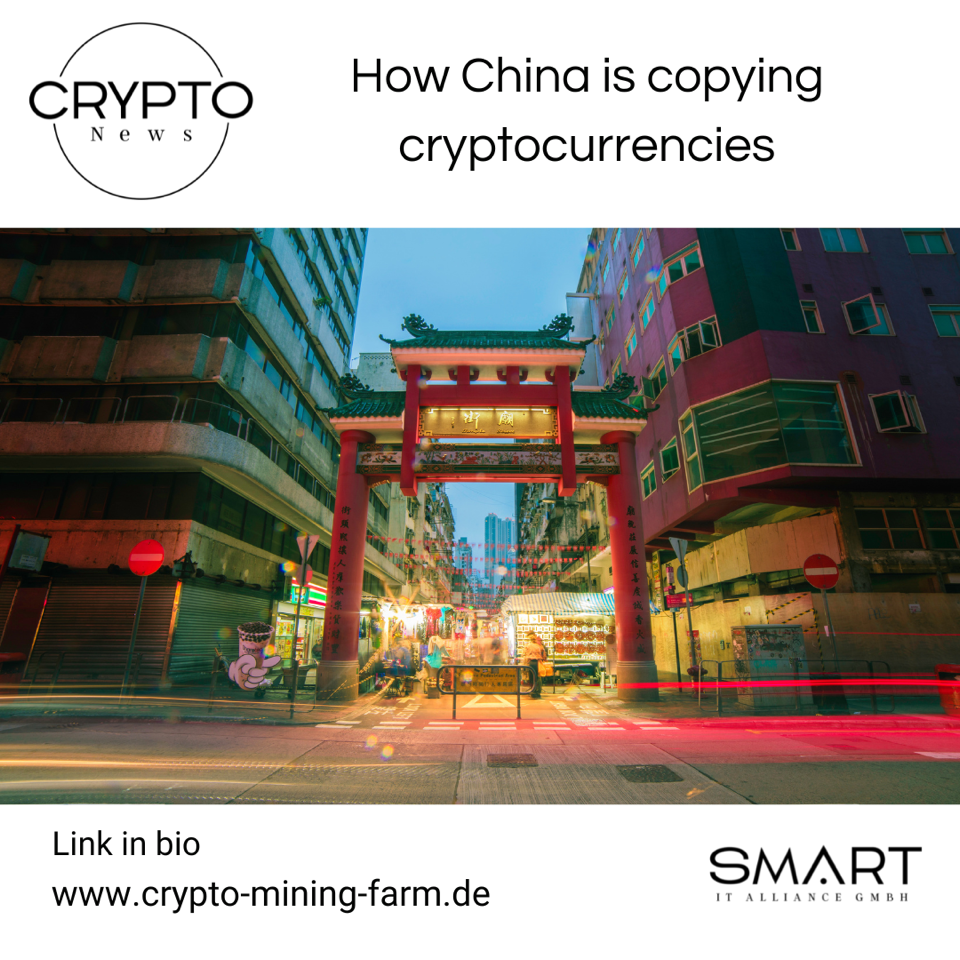 Cryptocurrencies are simply a great invention: Organized decentrally and independent of third parties, available purely digitally and both as a means of payment and as an investment. Since their emergence, they have revolutionized the world thanks to #blockchain technology and created various ways to get rich overnight. What more do you want?

#China seems to have taken all of that as a basis with its latest launch, as it seems like a copy of #cryptocurrencies. You can find out exactly what this means in this article.

Your own cryptocurrency – with a few caveats

The Middle Kingdom cannot be surpassed when it comes to questionable campaigns. First, it bans the entire mining scene, which, like trading in cryptocurrencies, has been made completely illegal by appropriate laws. Now, it has lived up to its reputation of the 90s, which saw the Republic of China as constantly copying everything that was commonly available on the market. In fact, from plastic toys to computer software, this wasn’t just a cliché, it was a tangible reality. The inscription “made in China” still leaves an uneasy feeling, shaped by the idea of ​​cheap wages, mass production and poor quality.

So what has China copied? Ultimately, all cryptocurrencies – with the launch of the e-yuan, China has become the first country in the world to aim to make a government-managed central bank currency the norm. The e-yuan is only available digitally and is intended to be used via a wallet system that the government created specifically for this purpose and, coincidentally, is very reminiscent of cryptocurrency wallets. The process of depositing funds and then using them is simply the same as with cryptos.

With one crucial difference: the digital currency does not use blockchain technology and is not organized in a decentralized manner. That would probably be in contrast to the goals that the #Chinese #government is pursuing with the introduction of its digital money. Soon every citizen will only pay digitally, so that the government has everything in their hands. Even at the Olympic Games, it was only possible to pay by credit card or e-yuan. While the crypto market is free, the Chinese government monopolizes digital payment transactions, which could have been solved much more transparently and flexibly with crypto currencies.

These small but subtle differences are the reason why the E-Yuan is actually just a copy that has nothing to do with the original.

It is all the better that cryptocurrencies are available as normal in this country and crypto mining can be operated as normal without the #centralbank having any influence on it or bringing a competing product onto the market!