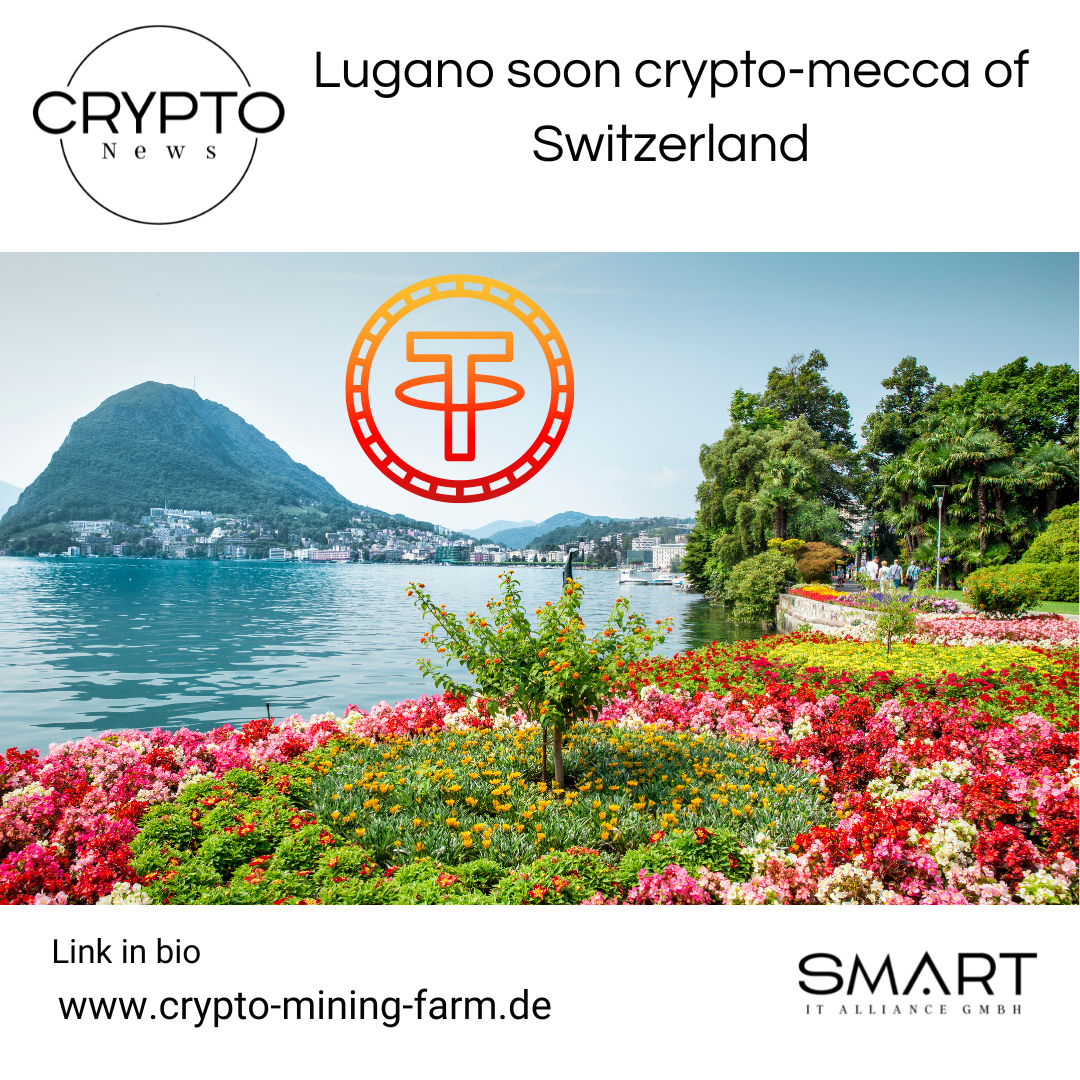 In Lugano, the largest city in the Ticino holiday region, things get down to business. The #third most important #financial center in #Switzerland, for congresses, banks and business centers, now wants to become “#CryptoMecca of Switzerland” in addition to being well known for its parks, flowers, villas and sacred buildings. In the following lines you will find out how the small town after #Miami, #ElSalvador and #SatoshiIsland could also play a major role in the crypto world in the future and what #Lugano is all about.

Once people thought of the city of Lugano, a bay of Lake Lugano, surrounded by beautiful panoramic mountains, buildings in the Lombard style, the lake and the mountains, but also the exclusive museums, which are a popular travel destination. However, the future will change rapidly for Lugano as Lugano has developed joint plans with Hong Kong crypto firm Tether to become Switzerland’s crypto mecca.

The stated plans and goals are very far-reaching. Lugano wants to become the “#European #Centre for #Cryptocurrencies”. Cryptocurrencies should be made suitable for everyday business and recognized as a legal, common means of payment. All taxes and fees should also be paid in the private sector with cryptocurrencies.

Tether’s Chief Technology Officer Paolo Ardoino wants to demonstrate in Lugano what possibilities blockchain technology has to offer. A Bitcoin center of around 1,000 square meters will be built, which will include restaurants, cafes and space for young blockchain companies. The green idea is also in the foreground, so a place will emerge like it has never been there before. Schools are to be heated and streets illuminated, all from the heat and energy generated by mining Bitcoin.

Who is Paolo Ardoino?

The programmer and multi-billionaire was born in Italy and grew up near Lugano. He has been commuting between London and Lugano for two years. The Summer School, which started in June, is particularly close to his heart and he teaches there himself. Together with local universities, Tether awards 500 scholarships because Ardonio believes that there is a shortage of qualified specialists. That’s something to be proud of!

As a result of the numerous plans for the establishment of at least 300 start-ups and the investment of 103 million Swiss francs that Tether is investing, Lugano could succeed in no time. 100 million is planned for the promotion of crypto start-ups and foreseen to attract established companies in the industry. Three million will be used to encourage crypto adoption by local businesses.

Cryptocurrency Tether: Tether is a stablecoin, which is by far the largest cryptocurrency in terms of its trading volume.

Whether the residents of Lugano will be enthusiastic about blockchain technology remains to be seen in the near future. The idea and plans give hope for a very positive result and it doesn’t seem to fail because of the motivation. So we can remain excited to see what Tether’s Chief Technology Officer Paolo Ardoino will achieve in Lugano over the next few years.