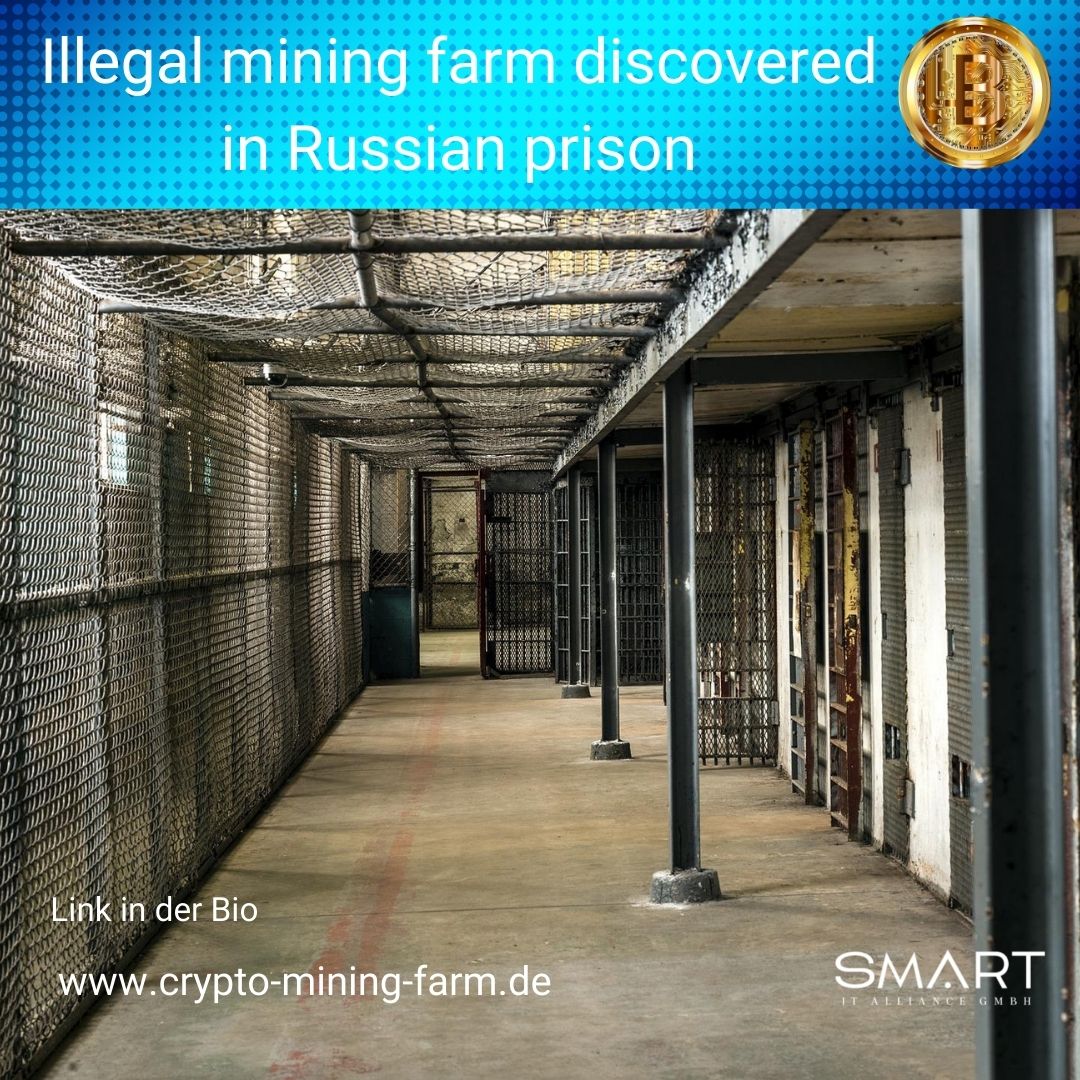 A high-ranking warden in Russia's oldest #prison thought it was worth getting into the #mining business. He is accused of running an #illegal #miningfarm with the help of unknown accomplices in prison. The Russian authorities are investigating.
#Bitcoin and other #cryptocurrencies are still dividing the world. While the government in El Salvador officially accepts Bitcoin as a legal means of payment, #China #banned all activities related to cryptocurrencies and thus also classifies #mining as illegal.
#Russia currently ranks 3rd in bitcoin mining and will continue to rely on cryptocurrencies in the future. More and more ministers are in favor of integrating cryptos into the existing financial system.
According to Russian Minister of Industry and Trade Denis Maturov, cryptocurrencies will soon be legalized in Russia. At an educational event, he said: “The question is when and how to regulate. Both the central bank and the government are now actively dealing with it.”
Russia is therefore positively opposed to digital means of payment and the mining of coins, but of course only if they are mined legally.

Now, Russian law enforcement agencies are currently investigating the case of illegal cryptocurrency mining in Butyrka prison.
Butyrka, which was built in 1771, is the oldest prison in Russia and is located in the Tverskoy district, in central Moscow. In this prison, a senior warden is accused of operating a mining farm at government expense by stealing government-paid electricity.
The hardware is said to have already been confiscated from the premises of the prison's psychiatric clinic by the Russian authorities.
However, according to bitcoin.com, the mining farm has not been in operation for very long. The hardware was installed in November last year and ran until February. During that time, the mining equipment consumed over 8,400kW of electricity, which was paid for by the government at a cost of over 62,000 rubles. This equates to approximately $1,000. The authorities are now investigating further.

Since the mining of cryptocurrencies is an attractive way to generate a lucrative side income, many Russians operate their own mining farms, some of them illegally.
While regions such as Krasnoyarsk and Irkutsk Oblast used to consume very little electricity, the situation is different today. The low electricity tariffs due to subsidized electricity in these regions seem to attract illegal mining operations.
Thus, it is believed that the illegal activity of miners is responsible for the frequent power outages as the power grid cannot handle the excessive electricity load. In response to this problem, the authorities then proposed higher electricity tariffs for crypto miners.
The illegal mining farm in Butyrka prison is not an isolated case in Russia. Raids on mining farms operating underground have been carried out across the country. Recently, more than 1,500 illegally operated rigs were confiscated from two mining farms.
In general, the operation of illegal mining farms is not a Russian problem, but rather a global problem. Illegal farms have been found and hardware confiscated around the world. However, the fact that such a mining farm is operated in a prison is new. Bitcoin fans are obviously everywhere.