Free crypto market vs. blocking of user accounts in China 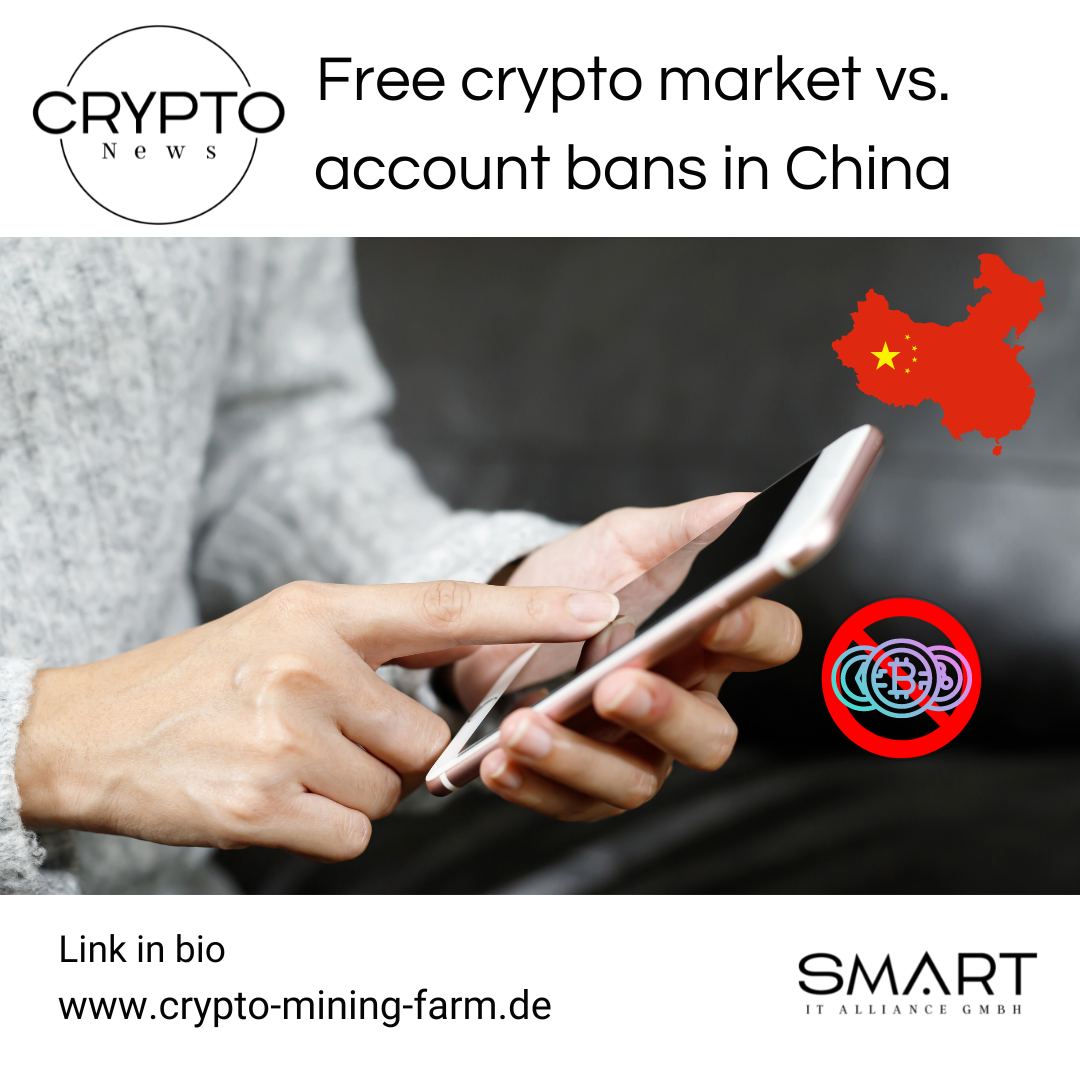 Anyone in this country who exchanges information about cryptocurrencies with friends or colleagues via #WhatsApp does not know how well they are doing. Elsewhere in the world, user accounts in the #Messenger service will now be #banned as soon as there is even a rudimentary read of #NFTs or #cryptos in their chat histories. We are talking about #China, where #Facebook, WhatsApp and Co. are banned and everything is therefore regulated via the only existing messenger service #WeChat, which has now changed its user guidelines to the detriment of crypto fans. You can find out what the latest development is all about in this article.

For the last year, the Chinese government has cracked down on #mining, owning and trading #cryptocurrencies. All of these activities have been #illegal by law since then, almost without exception. Now one has the impression that these steps were not drastic enough for the Chinese government. Because WeChat is now also entering the fight against cryptocurrencies. The messenger service operated by the company #Tencent is the only way in China to stay in touch with your loved ones digitally and, in addition to chat, offers other functions such as calling a taxi or ordering a pizza. Tencent is considered the internet giant and the most profitable tech group in Asia.

No wonder, then, that the operators can allow themselves to block user accounts overnight if they appear to be involved in the crypto business based on the content of their chat history. It’s enough to philosophize loosely with others about NFTs or joke about Bitcoin’s recent price crash to be targeted – depending on the seriousness of the alleged offense, WeChat reserves the right to terminate the number and email address and to block further information, such as the ID card or the micro signal of the user, for further registration.

If an account is completely closed, the former user is virtually excluded from digital communication altogether, since otherwise there are no alternatives. It could well be said that the app is essential to the social life of Chinese citizens. This is also proven by the number of users: a total of 1.1 billion people use WeChat every day.

Once again it becomes clear how serious the country is with the implementation of the e-yuan, since no other currency is accepted apart from its own digital national currency. While such a step seems drastic and unbelievable to us, bans and bans have long been part of everyday life in China: sites like Google, Instagram, Reddit or YouTube are also banned in China.

It is all the nicer that in this country there is not only the opportunity to actively participate in the crypto market, but also to informally exchange ideas with friends, acquaintances and colleagues. Last but not least, a market lives from the interaction of its players and a lively exchange, which is possible in this country on any platform, digitally and offline. By the way, anyone who would like to participate in the mining of cryptocurrencies is very welcome. Because, in contrast to China, this is also allowed to the full extent and as the mood takes you, much to the delight of everyone.