Can anyone crypto mine? 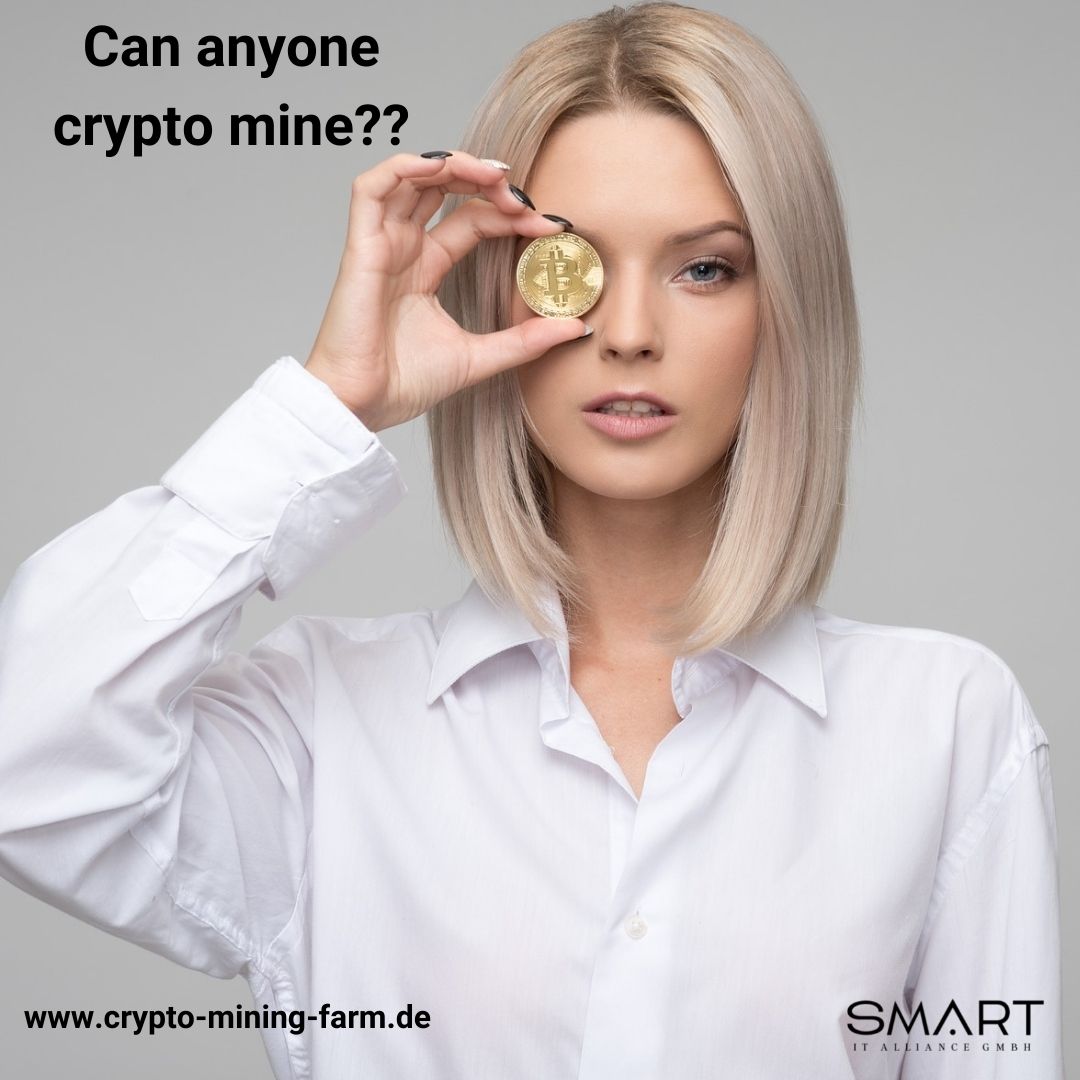 Even if the prices of #cryptocurrencies are in a sideways trend or even fall, the #mining #business rightly flourishes. #Mining for #coins represents a special kind of #income source, since anyone can use it to become more #financiallyIndependent.

As long as someone is willing to lend computing power to mine cryptocurrencies, anyone can do it. Depending on how much equity you want to invest, there are different ways to get into the mining business.
There are a variety of coins that can be mined profitably, for the sake of simplicity we will refer to #Bitcoin #mining below.

To mine Bitcoin, you first need the right hardware. Because mining Bitcoin requires special hardware that manages to calculate a new block of the cryptocurrency. If this succeeds, the miner receives a reward in the form of Bitcoin for the computing power.
While it was still common to mine using the CPU of your own computer in the early phase of bitcoin mining, more computing power is required today. This is due to the fact that the difficulty of the "arithmetic problems" is constantly increasing. While bitcoin mining is still possible with older hardware, it is no longer profitable. In order to mine profitably, so-called #ASIC miners are used. These were specially developed for mining and do their job particularly efficiently. #ASICminers are up to 100 billion times more powerful than older PCs.

Depending on how high your own investment in mining should be, there are different ways to become financially independent or to become more independent.
So you can easily set up one or more ASIC miners at home. It is obvious that the return on this variant is lower. However, it is quite sufficient to use mining as a passive source of additional income. However, if the financial conditions allow, it makes sense to run an entire mining farm professionally.

In theory, anyone can connect a single ASIC miner at home and start digging on their own. There are always success stories that show that a single miner can calculate a block. For example, a solo miner managed to calculate a block at the beginning of the year, for which he received a reward of 6.25 Bitcoin. The miner was able to earn around 270,000 US dollars in one fell swoop.
However, the probability of being so lucky is rather low, since the computing power is too low compared to the computing power of all other participants.
You should therefore join mining pools, especially if only a few ASIC miners are available. In a mining pool, a group of miners come together to mine blocks at increased speed. The rewards are then shared among the miners on a regular basis. In turn, when mining farms on a large scale, it can be more rewarding to mine solo.

Whether privately or professionally, everyone can use mining to either build up a second source of income or operate it as the main source of income. However, it is important to get the right advice in order to be able to exploit all the advantages of mining. Because the different coins are worth mining to different extents and the right setup should also be well thought out. Especially with the latter, there are a number of factors that should be considered. We would be happy to work with you to find the right solution to pave your way to financial independence.