How Bitcoin is doing as an official means of payment 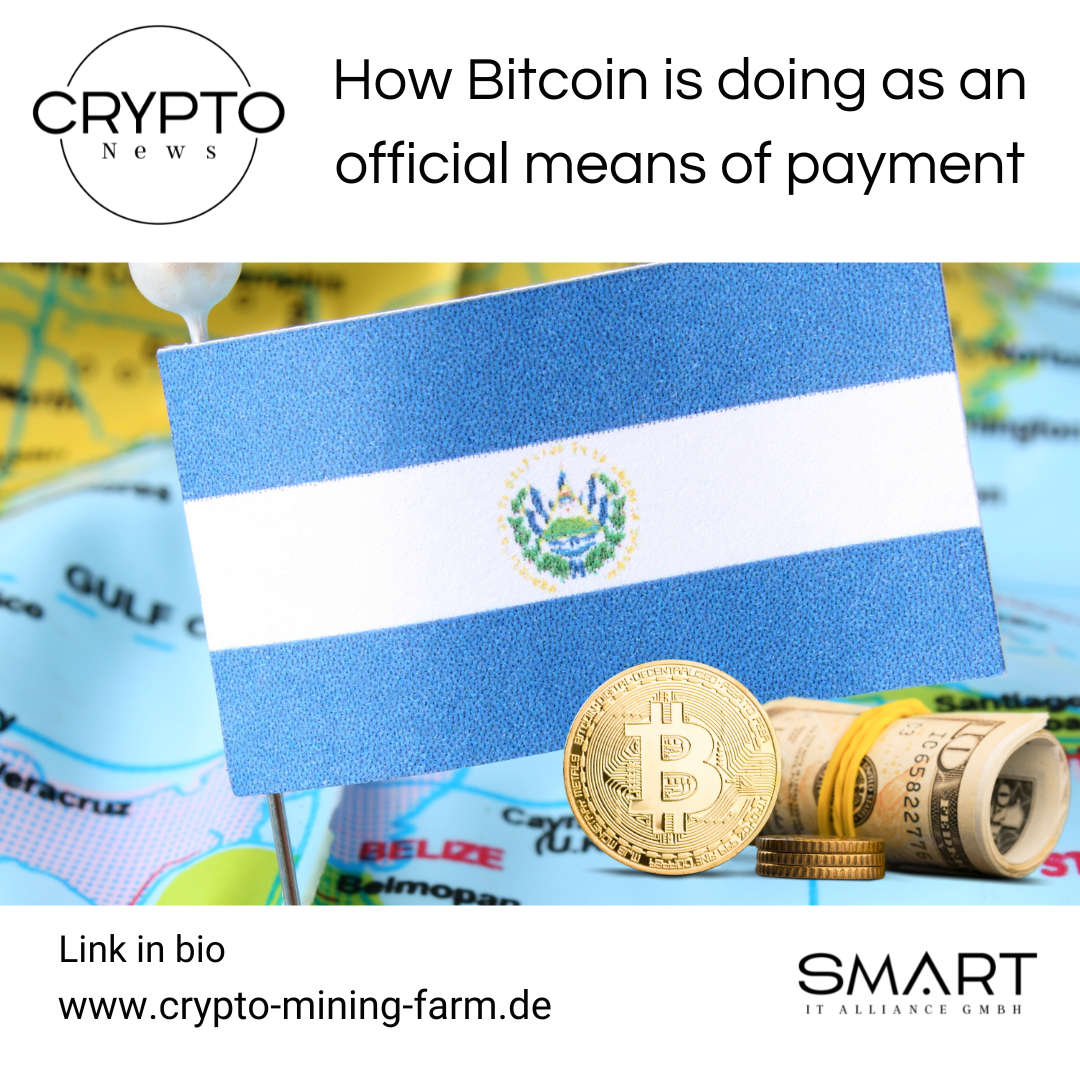 In the meantime, half a year has passed since Bitcoin was introduced as an #official #means of payment in #ElSalvador. The President's ambitious plans to build #BitcoinCity are now half a year old and have taken shape. A good time to draw conclusions. In this article you can find out what facts are currently on the table in El Salvador and how the country is doing.

One thing hasn't changed since then: The #IMF (#International #Monetary Fund) is still against bitcoin as official tender and continues to warn El Salvador against going ahead with the endeavor, citing the risk of financial instability and other nebulous arguments like that of financial stability and consumer protection. Looking at the consumer side, there is neither a reduced purchasing power nor a high unemployment rate nor other alarming factors that have spread since the spectacular introduction of a cryptocurrency as an official means of payment.
The only thing that stands out is the technical vulnerability of the wallet system #Chivo, which was introduced by the state and is intended to enable every Salvadorian to buy and sell with Bitcoin. Users have to accept failures again and again, but on the whole the system was widely accepted, since at least 40% of the population have already downloaded the app and were able to look forward to a starting credit of 30 dollars, which the state provided as an incentive were given.
Tourism in particular has a great record: There is 30% more growth in terms of hotel bookings and the hospitality industry - at Easter, for example, almost all hotels in the country were fully booked, much to the delight of providers. Tourists would also spend more money and foreign investors would be attracted. In some circles, El Salvador is already being referred to as the “Singapore of the West,” giving the small Central American country an extra boost and free marketing.

Nayib #Bukele recently published a graphical model of his planned Bitcoin City, which was visually held in gold, but assured that the city would of course not be built out of gold. Plans even include a viewing platform at the base of the volcano, whose geothermal energy will be used to power a gigantic Bitcoin mining farm.
In September last year, Bukele assured that it was 99.9% likely that the volcano's energy could also be used, but that he wanted to have it checked by an expert team. So far, however, there has been no news in this direction - which is a shame, since this is the aspect that interests us the most as a crypto mining community. If El Salvador actually manages to turn the energy of the volcano into a strong electricity supplier, this could set a precedent for other locations worldwide and serve as a model and figurehead for sustainable #cryptomining.
Sooner or later Bukele will have to give an update on this, since the building of #Bitcoin-City and the #BitcoinMiningFarm are linked to the #volcano. It remains exciting and we look forward to more news from #South America!