Does the Bitcoin mining really use so much energy? 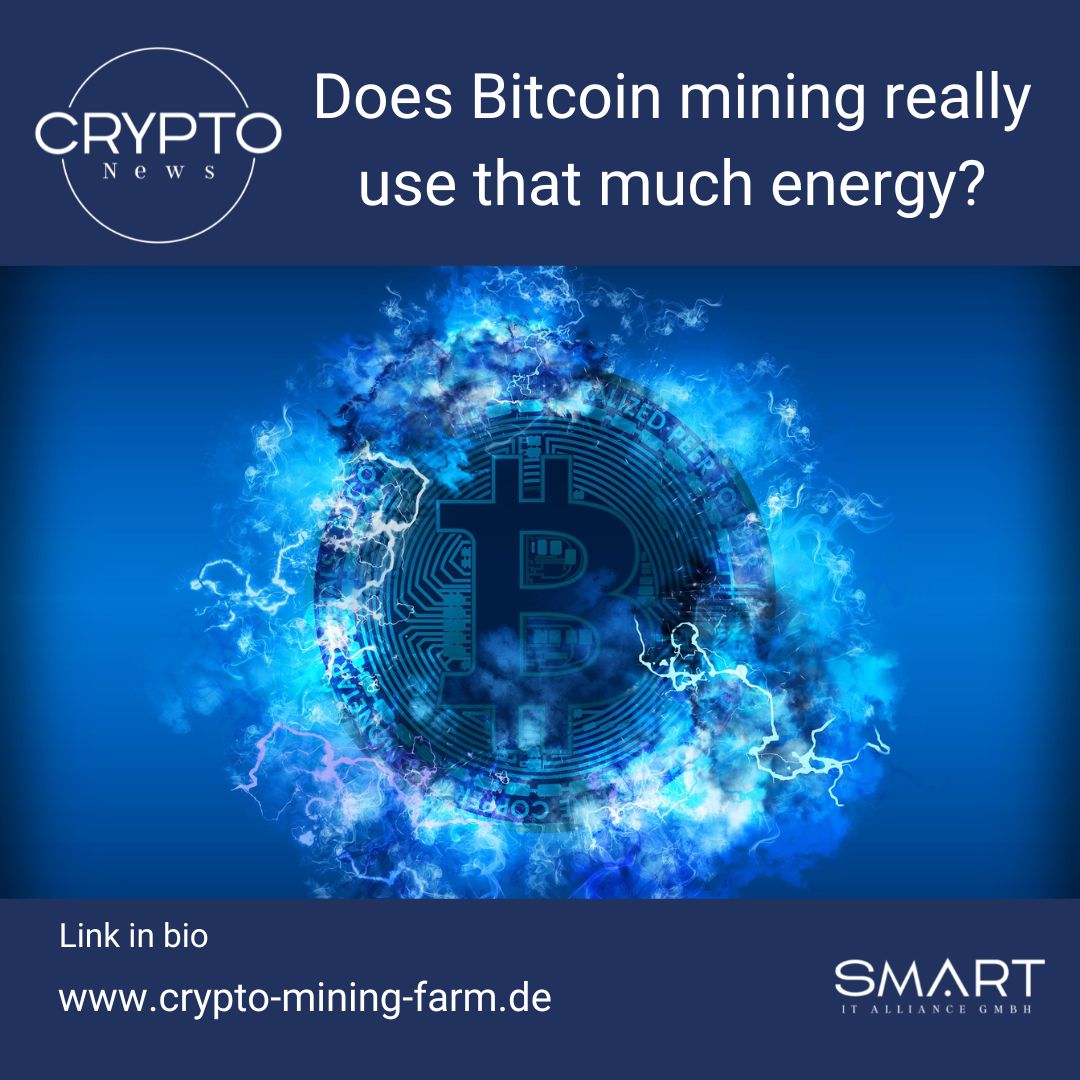 #Bitcoin (#BTC) #mining #energy #consumption has long been the subject of heated debate. However, the picture drawn by critics in these discussions is usually quite one-sided. Progress with regard to the energy mix is ​​often ignored. In addition, it is often only mentioned in passing that mining tends to consume less power over time due to more and more efficient #hardware. A report by the #BitcoinMiningCouncil (#BMC) now confirms that #BitcoinMining is becoming more and more sustainable and efficient.

What is the Bitcoin Mining Council?

The Bitcoin Mining Council is made up of major Bitcoin mining companies, which together account for more than 50 percent of the global Bitcoin network hashrate.
At the suggestion of #ElonMusk, the BMC was founded last spring and since then has published quarterly reports on mining evaluations and surveys. Michael Saylor, who is well known in the crypto scene and is also a founding member, is in charge. Saylor is one of the most popular Bitcoin advocates and is the CEO of #MicroStrategy, which holds the largest Bitcoin holdings at around 125,000 BTC.

According to the quarterly report, the largest crypto blockchain uses significantly less energy than in the quarters examined in previous years and was also more "green" than ever.
More specifically, BMC members were asked how much electricity their mining companies use, what percentage of that electricity comes from renewable energy sources, and what the hash rate is.
Based on this data, the BMC extrapolated the numbers to the global Bitcoin network and came to a conclusion that should not only surprise the critics.
According to the report, the sustainable electricity mix of the mining industry is 58.4 percent. This corresponds to an increase of almost 60 percent compared to the previous year. The consumption of sustainable energy is thus still over 50 percent for the fourth time in a row.
Even more amazing is that the BMC found that energy consumption has fallen by 25 percent in one year. This is remarkable, especially in view of the simultaneous increase in hash rate of 23 percent.
The hash rate measures computing power while reflecting the security of the network. Because to get control of the Bitcoin network, you need 51 percent of the hash rate. In other words, the Bitcoin network has become 23 percent more secure while at the same time reducing electricity consumption.

According to BMC, the main reason for the increase in the hash rate and the simultaneous reduction in power consumption is the increased efficiency of the miners. The efficiency increased from 12.6 exahash per gigawatt to 20.5.
Mining hardware manufacturers have continued to improve mining equipment over the years, with a focus on hardware that consumes less energy.
We therefore also only sell our customers highly efficient #ASICminers, as these bring a wide range of advantages. Not only are the returns higher, they also play a major role in terms of sustainability.

It is true that mining consumes large amounts of energy, but it should be borne in mind that hardly any other industry has focused so much on the issue of sustainability and the use of renewable energies. More and more Bitcoin miners want to use sustainable energy sources, and Norway is also showing in its pioneering role that it is possible to mine 100 percent with renewable energies.
In addition, the mining hardware will also be even more efficient in the future and the power consumption will thus fall even further.