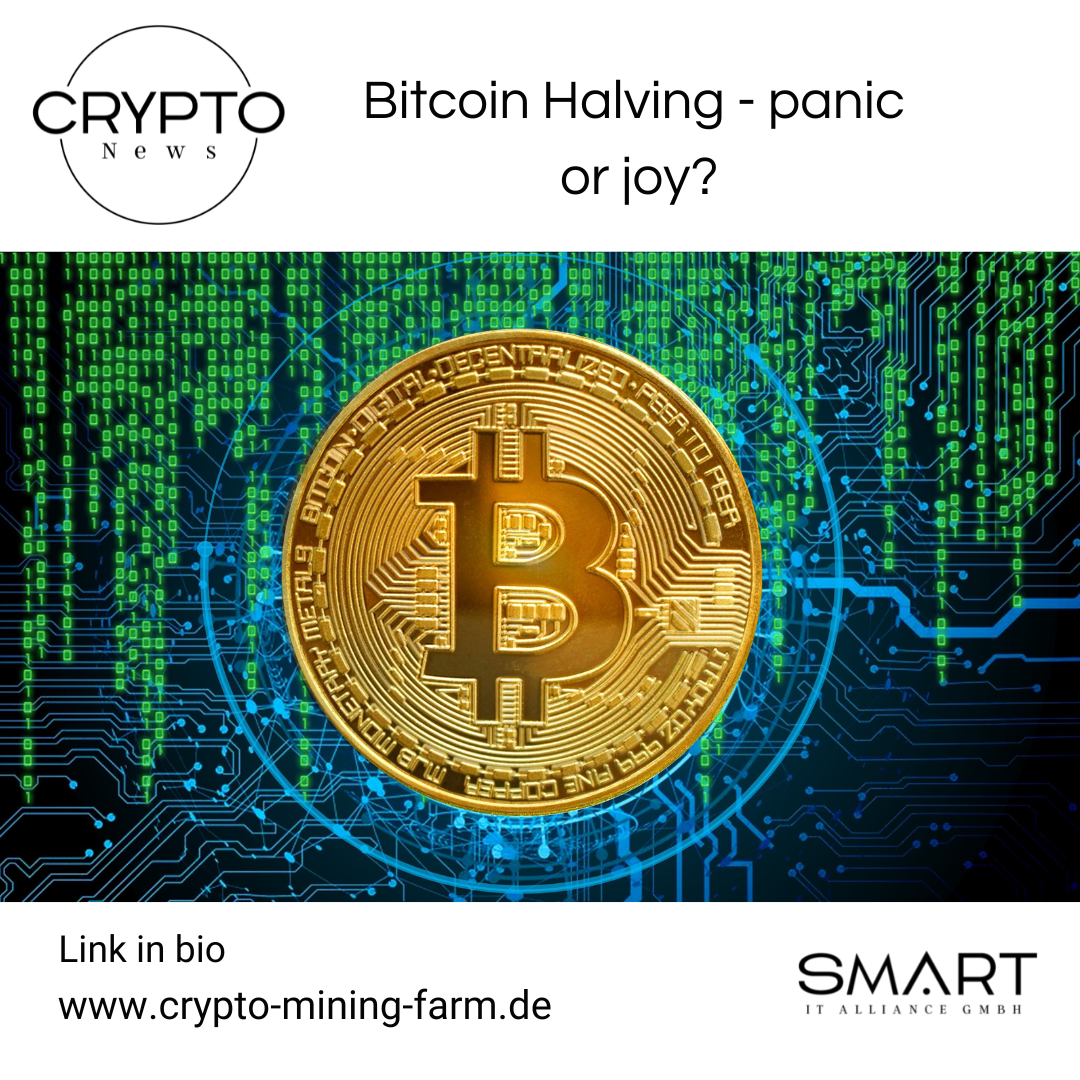 The upcoming #Bitcoin #Halving is coming in 2024. Every four years, this is an important date for Bitcoin (BTC), because the #BitcoinHalving halves the reward payment for the miners, which is stipulated in the BTC code.

In the following lines you will find out whether you are panicking or whether this is a reason to make friends.

The #Bitcoin #code and concept stipulates that the block reward is halved every four years. There will be a maximum of 21 million Bitcoin, this is the highest number of all Bitcoin.

The previous #BTChalving in 2012, 2016 and 2020 saw a massive spike in Bitcoin price a few months later. Skeptics feared negative consequences and spread panic, but so far there has been every reason for friends, because the principle of halving is supposed to slow down inflation.

At Halving 2020, the block reward fell from 12.5 to 6.25 BTC. The next halving will take place at block 840,000 and so 3.25 Bitcoin instead of 6.5 Bitcoin will be generated as a reward for each new block. Currently around 900 BTC is generated, then only 450 BTC. Based on previous experience of a strong post-halving surge, we are positive about the upcoming 2024 halving and see no reason to panic.

In facts and figures, the halvings look like this:

Of course, this is no guarantee that based on past increases and facts, we will see prices in excess of $100,000 in 2025. However, most professionals assume so. At the current price of just under USD 20,000, this is a reason to celebrate.