What is the base of an ASIC Miner? 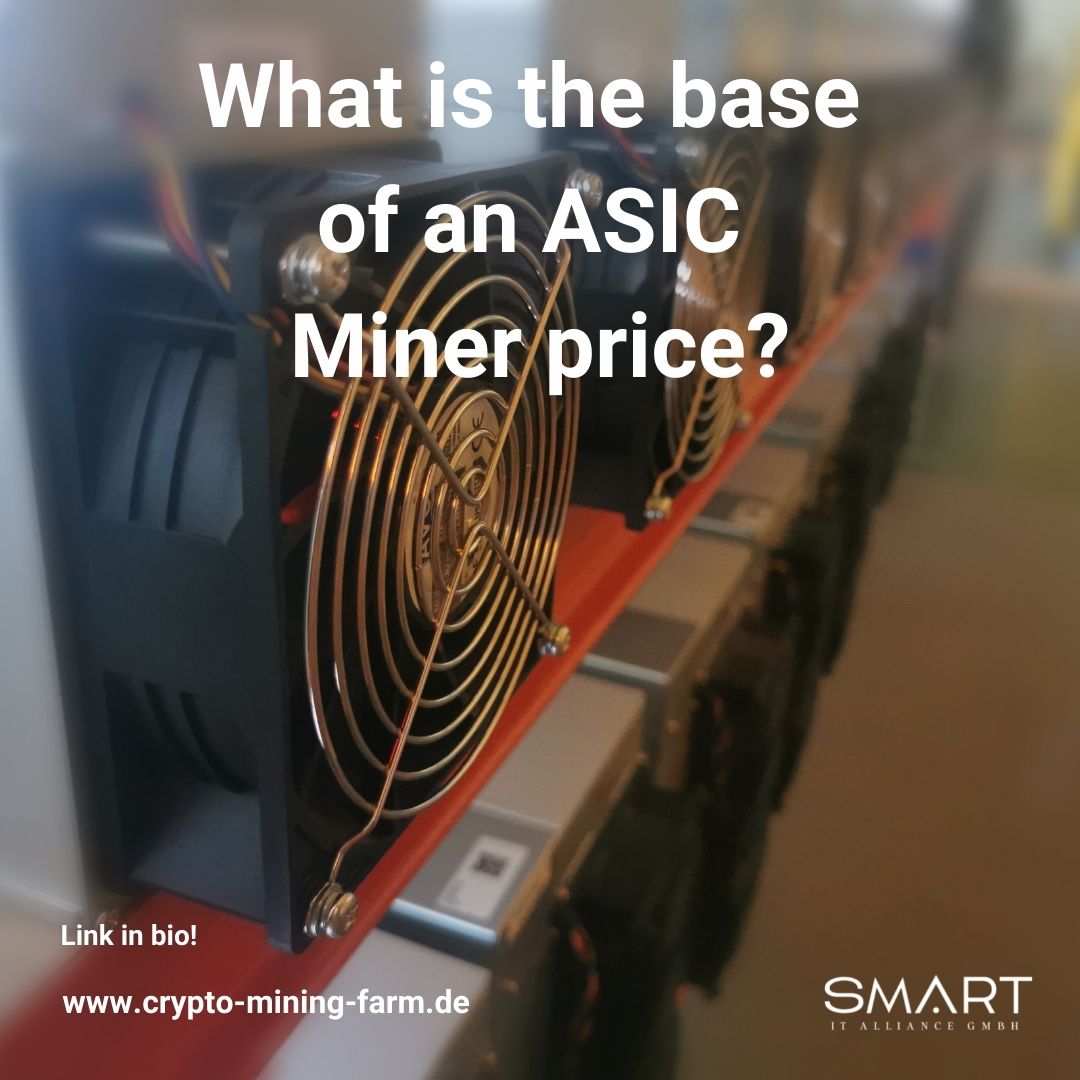 Anyone who is about to enter the #profitable #mining #business will not be able to avoid the question of the right #ASIC miner. Because in order to mine #cryptocurrencies yourself, you need the right hardware, which can differ significantly in terms of price. After we first roughly go into the basics, we want to shed a little more light on what the pricing is based on in the following lines.

What is an ASIC miner?

#ASICminers are application-specific integrated circuits that are designed for a very specific computing task. This is a special chip that was only developed for mining and cannot be changed afterwards.
You can think of it like a computer that can only do one job.

Why should it be an ASIC miner?

While it was still common a few years ago to mine with the CPU of your own computer or with graphics cards, nowadays it is usually no longer worthwhile to mine the most well-known coins profitably. The computing power is simply too low to keep up with the network and so the costs of mining can quickly exceed the rewards.

Put simply, this is due to the fact that the "arithmetic tasks" that the hardware solves when mining become more difficult the more miners join the network.
Second, the mining rewards for most cryptocurrencies diminish over time.
In order to be able to mine lucratively, the miner has to adapt his computing power to the network. This is where the so-called ASIC #miners are used, which, with their high computing power, represent the ultimate in efficient mining.
The following example illustrates how efficient an ASIC miner is:
An ASIC miner from 2018 can replace 12,000 CPUs in terms of performance.

What is the price of ASIC Miner?

They have come a long way since the introduction of ASIC Miners and have become more powerful with each new generation. The overall performance is mainly based on the power consumption and the computing power.

The computing power is specified with the hash rate. In other words, the hash rate indicates the performance with which the complex mining tasks are solved. Typically, ASIC units are measured in terahashes and are commonly reported as TH/s (terahashes per second).

The basis of the pricing at ASIC Miner is undoubtedly the hash rate. Within the crypto industry, the acquisition costs of ASIC Miner are tied to the computing power. The price therefore refers to the performance that can be drawn from the hardware. Because the higher the hash rate, the higher the rewards in the form of cryptocurrencies that can be earned from mining.

The best-known company for ASIC miners is #Bitmain with their #Antminer series, although the price is less dependent on the manufacturer than on the performance.
But power consumption should not be ignored either. It may well be that an ASIC miner with fewer terahashes is more profitable if it uses less power.
We would be happy to advise you in detail if you buy an ASIC miner in our shop or if you set up a mining farm with our help.